The Best Beaches on the South Coast: Guest Post

The South coast of England has some fantastic beaches just waiting to be explored. Whether you're looking for something deserted and natural or a children's playground, packed with amusements and mile upon mile of sand, you'll find it here without a doubt. So treat yourself to a gorgeous new swimming costume from George at ASDA, pack the buckets and spades and head to one of these great beaches this weekend:


Mile upon mile of glorious sandy beach can be found at Dymchurch. This tidal beach (meaning that by high tide there will literally be no trace of the sand you were playing on less than an hour before) is absolutely huge and, because it is completely covered by water at high tide, is the perfect kind of sand to build sandcastles with. You'll enjoy paddling in the shallows, building huge sandcastles, riding donkeys on the beach, flying kites and playing in the amusement arcades. There's even a small funfair which is hugely popular with the kids.


Named after the smugglers that were captured here and deported to Botany Bay in Australia, this glorious secluded little beach is a real hit with families wanting to get away from it all. It features some unusual chalk cliffs, which are almost like a mini version of The Needles in the Isle of Wight and there are some great rock pools to explore at low tide.


Located just outside the beautiful historic town of Rye, Camber Sands has long been popular with families thanks to the excellent camping facilities just behind the beach, along with the huge sandy beach itself. Even at its busiest you'd be hard pushed to feel like you were on top of other beach goers as it really is that big, and when the tide's out it can seem like an awfully long way to the shore. Add to that the sand dunes to roll down and the little shops and cafes that are dotted about beyond the beach and you have the perfect recipe for a great trip to the beach.


Surely worth a visit for the name alone, the pretty village of Beer is home to a small cove. Perfect for a paddle in the summer and trying your hand at crabbing (catching crabs on a special line using bacon) or even picking up a whole plaice from the local fishmongers.


This pretty sheltered cove, just off the mouth of the River Fowey, is surrounded by cliffs, one of which is home to St Catherine's Castle and the other the medieval town. It's popular in the summer with locals and visitors to the area alike and kids just love to explore the rock pools left at low tide.

This part of England is literally brimming over with beautiful beaches just waiting to be explored. So head to George and stock up on summer essentials then get down to one of these amazing beaches for the perfect British summer.
Posted by Unknown 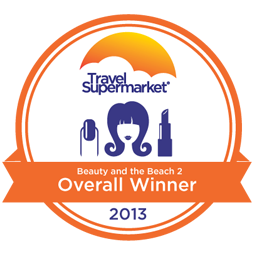